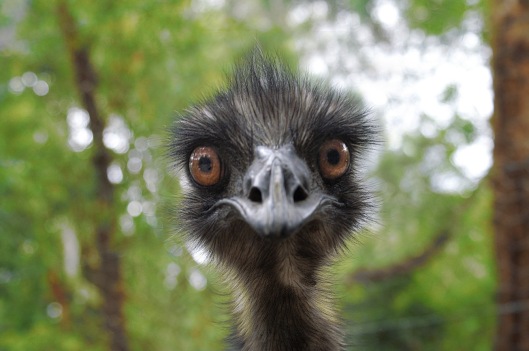 Walking in the rain is probably not the best thing to be doing at this stage of pregnancy but that is where I found myself a couple of days ago. I can explain – somewhat. I have entered into a new phase of pregnancy – extreme nesting. I thought that I was nesting a while back, and I guess I was – but it was in a ‘get things organised’, ‘get ready while you have time and energy’ kind of way.  The nesting I am experiencing now has morphed into an uncontrollable demon overtaking every thought and action.

It had been raining non-stop for three days but despite this I managed to wash and dry every piece of baby clothing, blanket, towel and nappy. This is all pre-washing – nothing is actually dirty so not exactly a pressing state of affairs – and yet the demon compelled me to get washing. In the rain it took a couple of days and probably a huge electricity bill for the dryer but I’m not arguing it was logical, just unstoppable.

When we lost power for the second time in three days (this time for six hours) the enforced rest and reading time was tormenting. The demon was not sated and yet I was unable to do anything without power.

When I finally heard the ting of the electricity returning I was so relieved! I could get on with all the jobs I wanted to do. It was like I was in a power surge and desperate to have it all on at once. I set the robovac, switched on all the fans and set to cleaning out the hot fridge of anything dubious. With the baby’s room done I moved my attention to our bedroom. I stripped the bed, sheets, pillows. I sprayed and aired everything. I loaded up more washing in the machine.  I spun around and realised that I was at a standstill. There was still 45 minutes left on the dryer and low and behold I was out of jobs. I wandered around aimless yet with whirring thoughts. It was as I was scheduling the next loads of washing in my mind I realised that I needed to get out of my own head.

Hence the walking. I knew the rain would not hold out for long so I decided to walk up and down our street in case I got caught in the downpour. I breathed my way up the first hill and with each calm breath pushed the anxiety of the nesting demon away. I felt refreshed. Until the Braxton hicks set in. My whole uterus was contracting and it was starting to be quite painful. I was half a street away from home when the rain returned with a vengeance. I rushed home as quickly as my restricting womb would allow my legs to waddle. Once under the house I leant against a pole trying to breath the cramping away. This is how Todd found me as he was rushing to find car keys to retrieve his heavily pregnant girl from the rain. He knew I was ok, but I conceded, ‘I think I better have a shower and sit down for a while.’